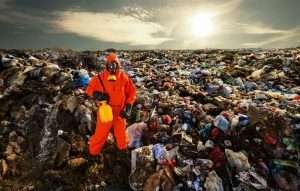 We humans have been long fighting to protect and save our planet. It is, however, the varied human activities that primarily harms the earth. And it is our actions that inevitably pollutes the land, which causes the planet the most harm. Although the word ‘pollution’ has become common knowledge, ‘land pollution’ should not be taken lightly at all. So let us first define what exactly it is, and understand the primary causes of land pollution.

What Is Land Pollution?

The land is said to be polluted when the soil’s original natural composition is disturbed, due to the addition of foreign elements, to such an extent that it can no longer sustain the ecosystem that depended on it. Which means that the land and its soil, having lost their original nourishing capacity, is no longer able to support life. Land pollution is also especially dangerous since the pollutants eventually seep down and pollute the groundwater and other water sources.

To be more precise, there are two types, or rather two stages, of land pollution. The first is where the soil gets contaminated, due to the addition of foreign elements. Such a soil harms both the plants that grow on it and other animals that may come to feed on it. The second type of land pollution occurs when the original soil structure is disturbed to such an extent that it loses its life-giving capability. Such kind of pollution is caused either due to natural events such as soil erosion or due to excessive soil contamination.

In most cases, one can easily draw a direct line between the degeneration of soil, and the human activities such as construction, mining, waste dumping etc. that took place over the now polluted land. Such a land loses productivity and is neither suitable for agriculture, nor is it good enough to support the local flora and fauna.

While many human activities and even some natural calamities have been responsible for land pollution, as you will see below, industrialisation clearly had the biggest role to play in this steady destruction of the planet. So without further ado, here are the top 10 cause of land pollution… In no particular order. 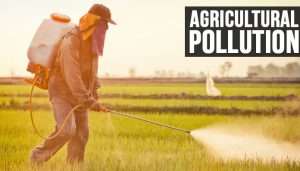 Such a polluted land, although may increase the production for a short while, in the long run, the productivity goes down. Over time, the soil turns poisonous and is harmful to the various microbes and insects, and in turn the birds and animals that feed on them. Wrong irrigation practices also lead to the accumulation of free salts, degrading the soil and leading to a condition called soil salinisation. 25% of the world’s pesticides come from cotton fields that’s why our iBan Plastic Reusable Shopping Bags are made of 100% organic cotton. 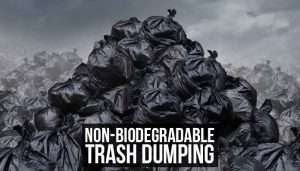 Almost all of the places of human dwelling and community activities such as homes, hospitals, schools, offices etc., tend to generate a lot of waste that is non-biodegradable. Typical examples of such waste material are glass, metal and the most popular ‘plastic’! These non-biodegradable waste can take hundreds to millions of years to decompose completely.

The most worrisome of this is plastic, and especially single-use plastic, which is of such low quality that it gets discarded after just one use. Read this for a reality check the famous article Era of Plastic Overkill. Plastic continuously breaks down, and while doing so, leaches out deadly toxins such as BPA, which is linked to cancer. All of these non-biodegradable waste mostly ends up in a landfill where they will sit for decades or even centuries, continually poisoning the land and the groundwater. 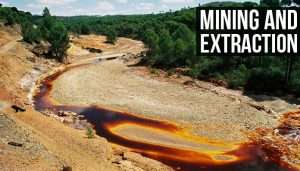 The mining process utilises heavy metals and many toxic chemicals such as sulphuric acid. During mining, many of these chemicals leak out into the soil, leading to soil contamination. Mining also further degrades the land by disturbing its soil structure. This happens since, mining requires a lot of surface land clearing, drilling, excavating etc. Such activities not only expose the land to soil erosion but also lead to the commonly heard cases of land caving in at mining sites. 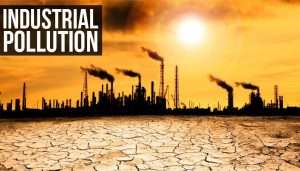 Industrial waste is perhaps the motherload of all the pollutants afflicting the planet. Ever since the birth of the industrial age, development has been trying to catch up to the ever growing population and its demands. The source of industrial waste ranges from factories, oil refineries, energy plants, pharmaceuticals etc., while the type of garbage these industries generate include metals, plastics, paints and many toxic chemicals and byproducts.

Even though there are these so-called ‘strict’ regulations in place to check the leaking of industrial waste into the environment, ground reality sees a lot of this waste being dumped in landfills, where it makes a massive contribution to land pollution.

Following in on the heels of the industrial age, was the wave of urbanisation, that like a tsunami, just kept rising, leading to a vast scale of construction activities. Construction sites can always found to be littered with metal, wood, bricks, plastic etc. A lot of this debris is also left behind even after the construction has been completed. All the while, dust particles and other chemicals keep escaping out into the environment and polluting it. 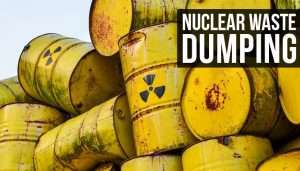 Nuclear plants through the process of nuclear fission and fusion produce vast amounts of energy. However, a lot of matter is left behind which is highly radioactive and contains many deadly chemicals. These nuclear waste, if it comes in contact with people, can cause severe and long-term genetic health issues. For these reasons, nuclear waste is usually dumped deep beneath the ground. Of course, that does not make the problem disappear but merely hides away the impending catastrophe underneath the surface, from where it pollutes the land. 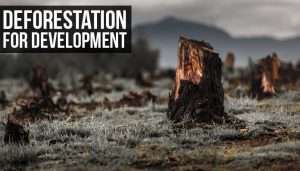 All of the activities mentioned above, that cause land pollution, also requires the land to be cleared first. Which means that the forest will be cleared to build and presume developmental activities. Deforestation leaves the land exposed, which leads to rapid soil erosion.

Another vital role of the forest is to protect the land from the heat of the sun’s radiation. Forests absorb almost 20% of this heat, thus preventing soil degradation. The ground when exposed to the sun’s heat and various other environmental factors for a prolonged time, could lead to desertification, which is a severe case of land pollution. Such deforestation in itself causes severe land pollution. Not to mention, the damage caused to the various life forms that depended on the forest for sustenance. 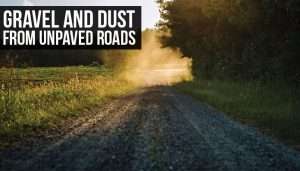 One of the most unnoticed of all the major causes of land pollution are the millions of miles of unpaved roads around the world. Such roads tend to erode, and once the erosion begins, the road and land begin to deteriorate rapidly. Over time a lot of dust, sediments etc. blow off or get washed into nearby rivers and streams, leading to the water levels rising and flooding during rains. 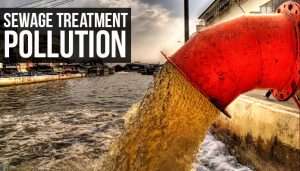 Overpopulation and excessive industrial activities lead to a lot of sewage waste being generated. Left untreated, a lot of sewage waste tends to leak out of underground pipes, polluting the surrounding soul. On the other hand, sewage treatment still leaves behind the waste matter that needs to be disposed of, and straight off they go sit in a landfill, only to continue polluting the land! 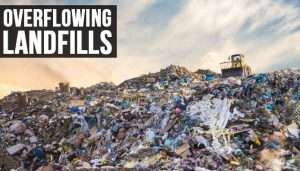 And finally, but far from the least, the base-camp of all the trash moving around the planet – Landfills. The millions of tons of garbage that is collected, first get sent to a recycling unit. A huge chunk of this pile of waste, which is not recyclable, get shipped off to a landfill somewhere, where it will sit for decades, and leak out toxic chemicals, paints, oils, metals etc. contaminating and finally completely destroying the soil composition.

The bottom line is that we along with all the life on this planet depend on this land to sustain us. But, instead of taking care, all our activities have severely damaged the land, by inflicting it with catastrophic levels of pollution. We behaved similarly with another essential resource required for our survival – water! Read Types Of Water Pollution to learn more.

It is primarily because of our irresponsible behaviour of consuming in excess that leads us here to this stage, that we must now fight to protect the planet. The solutions, although difficult to implement, are not very hard to understand. It’s simple. First, reduce consumption. This could mean merely ditching unnecessary but environmentally harmful items, such as the single-use plastic shopping bag. If you can’t skip it, then reuse! And finally, the third ‘R’ – Recycle. Here are 5 Simple Tips To Reduce Plastic Waste.

Of course, awareness regarding land pollution and the actual scale of the problem is of the utmost importance. Only when a large number of well-informed people come together and demand a change, do governments and businesses tend to listen. So speak up, speak out and share such knowledge with your family, friends and colleagues.