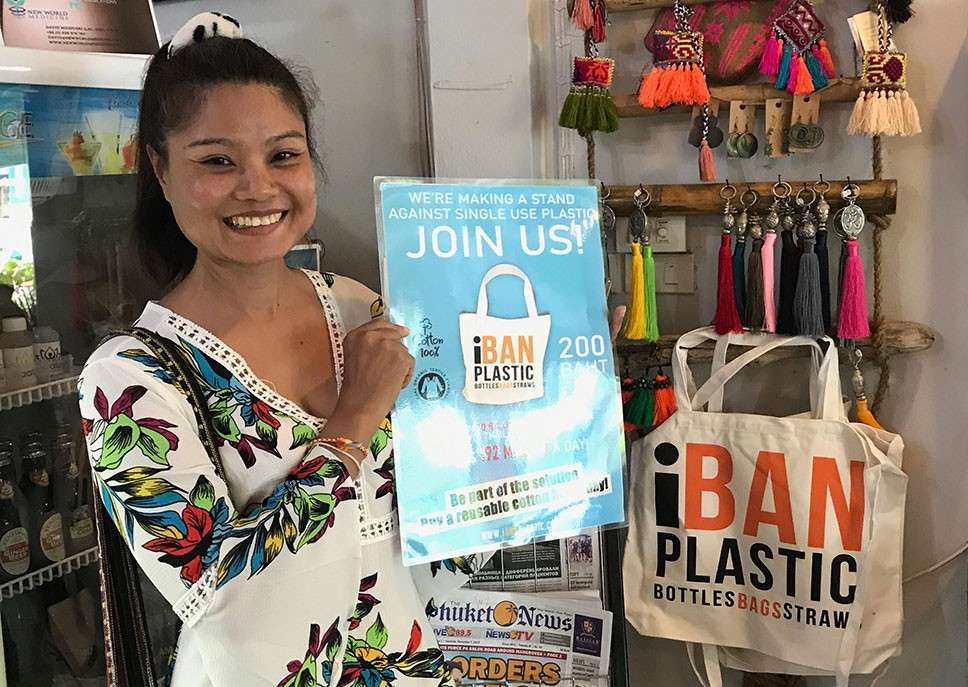 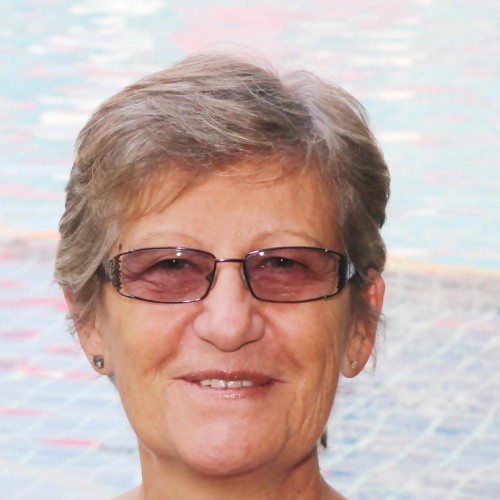 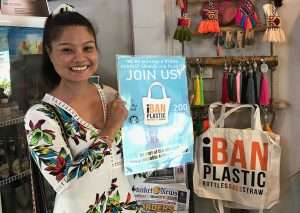 It’s getting easier every day even in Thailand where single-use plastics have been “thrown” at customers for decades and still are…sometimes but let’s look at the progress!

Some large supermarkets such as Tesco Lotus don’t give you plastic bags anymore. They rely on you to bring your own bag or sell you a reusable bag. I recently bought one from Villa Market that proudly says “One bag saves many lives”, the bag in question is in fabrics and is super sturdy.

Going shopping with a reusable bag should be one of your New Year’s resolution giving it the same importance as losing weight, going to the gym or being more positive.

It’s amazing to read the eco-news these days. The gloomy pictures of planet earth suffering from climate change are here to stay but so are the pictures and stories of the zillions of projects and programmes existing all over the world from the local initiatives such as Clean The Beach Boot Camp to major projects such as The Sea Cleaners. People are taking action where the governments don’t!

People are putting pressure on the governments through massive protests and even hunger strikes at Extinction Rebellion for example and they are also putting the private sector under pressure, so much under pressure that large supermarket chains have followed through banning single-use plastic bags from their stores, some coffee shops are banning plastic cups and other small shops decided to make you pay for a plastic bag to encourage us to bring a reusable bag.

Times are changing and so are people’s habits so let’s do this, let’s make it one of our New Year’s Resolution, let’s stop using single-use plastics.

There are many ways to achieve this goal. Let’s review a few.

When you shop, try and avoid the items packaged in plastic such as this single banana in one single plastic bag sold at 7Eleven, shame on them! Buy food in jars whenever possible, it sends a strong message to manufacturers and they are reusable!

My all time favourite is the refillable water bottle, mug or container. It has become the Nr 1 gift from organizations fighting plastic pollution and from many companies who prefer this win-win of not having to put single-use plastic bottles at the disposal of their workers and branding the containers for promotion purpose.

I would really like the bento boxes to come back on Thai markets where so much food dishes are being sold, always packaged in a plastic bag with tiny individual plastic bags with a plastic band for vegetables and sauces, what a waste!

Ten years ago, vendors were packaging them in banana leaves or people were bringing their own bento boxes. My favourite is the round 3-layers bento box that used to be sold all over Asia. They can be in stainless steel or even thermo-isolated material and they come in all sorts of colours too. It should become a habit for all including the fact of absolutely refusing plastic tableware, have your own kit or since most of the food you buy to bring home refuse them, this will again show a strong message to vendors!

There is also the one and only plastic straw, the one that anyone can ban in an instant providing you avoid vendors who give you a plastic cup with a plastic lid with the hole for the plastic straw and adds an extra plastic ring for you to carry your beverage around…Shame on them!

Last but not least, let’s make it a habit to upcycle, to find new uses for old items instead of throwing them away.

Let’s keep this New Year’s Resolution past the first days of 2020 please, the planet will thank you for it!