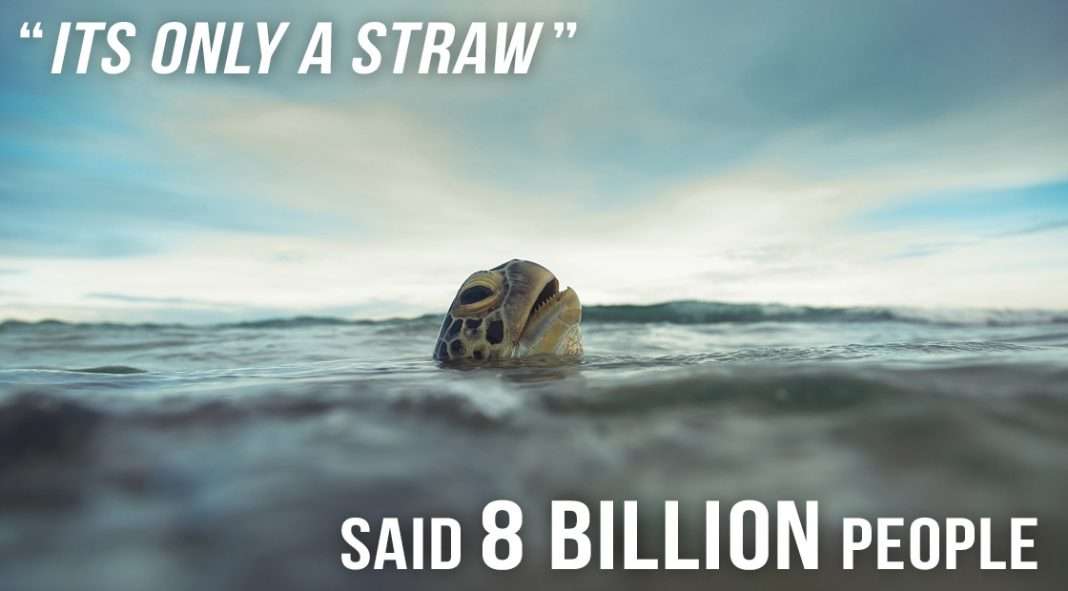 The Last of the Plastic Straws! 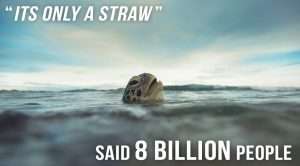 It’s Time To Stop The Straw From Sucking The Life Out Of The Planet.

Plastic is by far the worst pollutant to ever have hit planet Earth. Produced on a mammoth scale, extremely cheap, and hence discarded without a second thought, Plastic then squats on earth for millions of years, polluting our water and soil with toxic chemicals.

Close to 10 million tons of plastic trash gets dumped into our oceans every year.

However, from among the many forms and types of plastic, the one we all should be most wary about is the single-use plastic items. Just as the name suggests, these are items that get discarded after, literally, a ‘single’ use. That’s where all the horror starts since it’ll be millions of years before all that discarded plastic begins to decompose, polluting our water and soil all the while.

‘Plastic Straws’ is one such single-use item that due to its popularity is produced on a massive scale by the billions every day, gets used once, for hardly 20 minutes or so, and is then tossed away. Plastic straws, of course, doesn’t then vanish into thin air. And since these straws are already so low quality that they cannot be recycled, instead, it reaches and settles down for a long, long time, on our landfills and our oceans.

In the United States alone, over 500 million Plastic straws get discarded every single day. Barring a few, it’s a similar story for nations across the planet.

Given the numbers, it’s not hard to imagine why the dreaded straw is always among the top ten items collected during any beach clean up. Recently, in only 30 minutes, the Clean The Beach Boot Camp gathered over 600 plastic straws during one of their events in Thailand. Most of which came from the 7/11 over the road. Going by the numbers that get used and discarded every day, this would be just the tip of the iceberg! 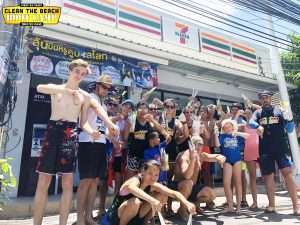 What threat does the little straw pose to the environment?

For one, as we said earlier, plastic doesn’t decompose easily. It usually takes thousands, if not millions, of years. During that time, plastic keeps merely breaking up into smaller and smaller pieces, until it becomes microscopic fragments. While it keeps breaking apart, plastic releases toxic chemicals such as BPA (a known carcinogenic) into the water. The microscopic plastic is also ingested by the fishes and other marine animals, from where it travels up the food chain, and often reaches our dinner table.

Additionally, plastic straws, small and non-intimidating as they are, those are also the exact qualities that make them all the more dangerous. Being small and thin, these are readily swallowed by marine animals curious about this floating ‘creature’. Sometimes, it happens involuntarily. One such example is the case in Costa Rica where a group of scientist were faced with a puzzling new problem concerning a sea turtle. At first, it was assumed to be some sort of a parasitic worm, which could be seen protruding out from the turtle’s nose and seemed to be blocking its airway. Upon closer examination, guess what it turned out to be? That’s right – A plastic straw!

Since the scientists were far away from any professional veterinary help, the group had to take it upon themselves to ease this little creature of its suffering. And so with tweezers, the plastic straw was slowly dislodged and pulled out, as the turtle was visibly agonised and in physical pain while blood dripped down its nose. Have you seen that video? If no, and you like sipping out of a plastic straw, it’s time you did:

Sure, it’s no feel-good video to watch, but sometimes that is what is needed to wake us up to the reality of the consequences of our actions. With over 30 million views, we hope this suffering turtle managed to force open the eyes of many viewers, who with their plastic straws, prefer to sip and forget.

It’s Time To Ditch That Straw

Let us first just put it out there – YOU DON’T NEED A PLASTIC STRAW TO SIP! Seriously, have you tried taking a sip directly with your mouth? Barring a few special cases and circumstances, you are fully equipped to take on that drink with just your mouth.

And well we are not the only ones to think so. Many food outlets, cafes, restaurants etc. are becoming increasingly aware of the plastic pollution crisis, what role the plastic straw plays in this, and have subsequently stopped handing out plastic straws to customers. And when governments and nations, start taking action and passing legislation against plastic straws,  you know the matter is pretty severe. Here are two such instances where the UK bans single-use plastic including plastic straw and Councils across Scotland bans plastic straw.

What If You Still Want To Use The Straw?

Out of necessity or habit, we understand that there will be cases where the straw is preferred or even required. Here’s the good news for all the straw folks – There are plenty of readily available eco-friendly alternatives to the plastic straw.

Straws made out of glass, bamboo or stainless steel,  do the job just as well as their evil plastic cousin, sans the planetary harm!

In our effort to fight the plastic pollution crisis, it is also our aim to help educate and equip, like-minded aware people, with the right tools to join in on the cause. With this goal in mind, you will find in our Eco-shop among other environment-friendly items, a quite classy looking set of Bamboo Straws.

It is not at all hard to see the severe implications of continuing the usage of plastic straws on such a massive scale. Neither is it hard to find a more eco-friendly alternative. However, it is usually such, simple neglected facts, that over time builds up into a destructive tsunami. Before that wave of plastic rises any higher, we must act, pronto! So first, before all else, either ditch that plastic straw or switch over to something that won’t torture the planet and its inhabitants for thousands of years. And then, move on to spread awareness among friends (sharing articles like this is one way to do so). Most importantly, start and be part of the discussion. Maybe you got some ideas of your own to handle the plastic issue. If so, please comment below and let the talks begin!