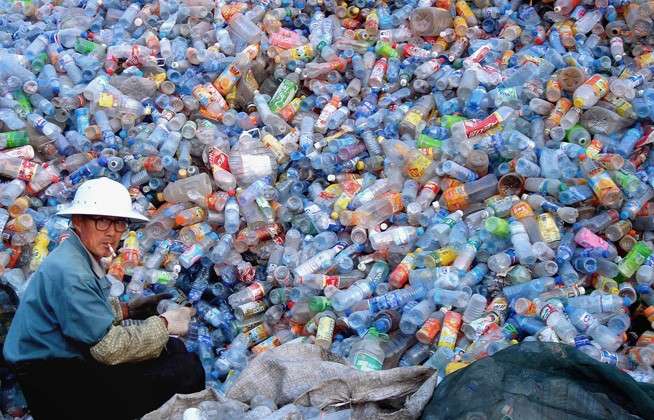 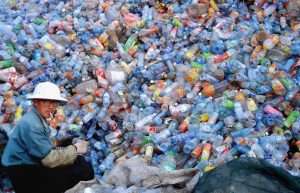 A Dirty Truth Of Our Time: The Near Absence Of Plastic Recycling.

Get Ready For The Truth: 91% Of Plastic, Never Gets Recycled.

Plastic Recycling Facts: Ever since its invention, in just half a century, the amount of plastic that has been manufactured is already in billions of tons! As valuable as that may make plastic to seem, most of the plastic manufactured has just turned into discarded trash, severely polluting the planet.

It all came to light when a group of scientists got around to do, the first of its kind, a running total of how much plastic had been produced, thrown away, incinerated, dumped in landfills and recycled. But the numbers were bewildering, for the scientists themselves! In just 6 decades, we have produced about 8.3 billion metric tons of plastic. Much of this amount is single-use plastic that cannot be recycled.

Since plastic takes over 400 years to decompose, is hardly ever recycled or incinerated, most of the plastic ever created, still exists. Mostly as trash.

Even Jenna Jambeck, an environmental engineer from the University of Georgia, with a speciality in studying ocean plastic-waste, was shocked at the aggregate figures around plastic. Although they were expecting a rapid increase in the amount of plastic manufactured since 1950, the reality was beyond the team’s imagination.

A system that is unprepared for such a sudden jump in numbers is bound to fail. That is why there have been so many cases of global waste systems leaking into the ocean, Jenna felt. Here’s one more example: Swedish manufacturing plant leaks millions of microplastic into the ocean

So, How Much Trash Are We Talking About?

This study which was published in the Science Advances, a peer-reviewed journal, is the first one to conduct a worldwide analysis of all the plastic manufactured to date.

Here are the plastic recycling facts from the study: 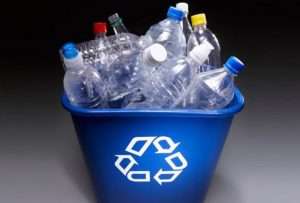 If the current trend is followed, by just 2050, our landfills will host 12 billion metric tons of plastic. That is roughly 35,000 times heavier than the Empire State Building. In simple words, if we don’t act now, we’re 100% screwed!

Roland Geyer, the lead author of the study, who trained as an engineer and as a professor at the University of California specialised in industrial ecology, asserted on the importance of measuring and taking into account what happens to the vast amount of plastic being manufactured. The next step, said Roland Geyer, would be to build a foundation that could better manage plastic products.

The rate of growth of plastic manufacturing has been such that, it has nearly doubled in size, every 15 years, leaving all other man-made material far behind. Unlike any other material, plastic is strong, durable and very very cheap. However, other materials such as steel, half of which when used in construction, have a decade-long lifespan. While 50% of all the plastic manufactured, get discarded as waste in less than a year.

Almost 50% of the resins and fibres required to make plastic products were manufactured in just the last 13 years. Close to 28% of the worlds resins and about 68% of acrylic and polyester polyamide fibres come from China.

One of the primary culprits responsible for the rapid increase in plastic production has been the widely growing use of plastic packaging. Don’t think the plastic packaging, found around almost all things sold, is a significant nuisance? Read this – New Study Reveals: Plastic Packaging, A Disastrous Attempt At Curbing Food Wastage Issue 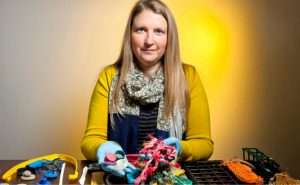 Accounting For And Tackling The Global Waste Problem

To aid scientists, who were trying to a grasp of the actual amount of plastic that enters the ocean and its adverse effects on the fish, marine animals and seabirds; eventually, this study came to be launched.

Scientists predict that by 2050, the ocean will have more plastic than fish by weight.

The fact that this quote has become so popular is an indication of the growing awareness regarding the harmful effects of plastic and the need to curb it. Jenna Jambeck had led the same team to analyse the amount of plastic waste that enter the oceans each year. The results were shocking – 8 million metric tons of plastic every year! That’s the same as one garbage truck dumping a full load into the ocean every minute. Jambeck strongly feels that the situation is such that only a collective global approach can solve this colossal mess plastic has put us in. We need to rethink everything from product design to consumer use, recycling strategies, maybe even the chemical structure of plastic!

The recycling rate in Europe is at 30% while in China it is at 25%. Sadly, The United States, one of the so-called superpowers, has been recycling at a meagre 9% since 2012!

Geyer voiced out that the society needs to rethink whether it is worth compromising our environment and our health in exchange for the cheap convenience that plastic provides. Products, such as the single-use plastic items that have been known to cause serious environmental and health issues should be replaced by eco-friendly alternatives or be systematically phased out. Here’s an example: UK Proposes to Ban Single-Use Plastics

For such big global changes to happen, first the local governments and corporations must be stirred to take action. That is possible only through the demands of the local people. Cutting down on plastic from your lifestyle will force the businesses and governments to take notice. So start with your own home. Maybe even make it a family thing. Here’s something to help you with that: How To Become A Plastic-less Family. Most importantly, let the truth about plastic recycling facts be known. Help by sharing the article with your friends or be a part of the discussion by commenting below.