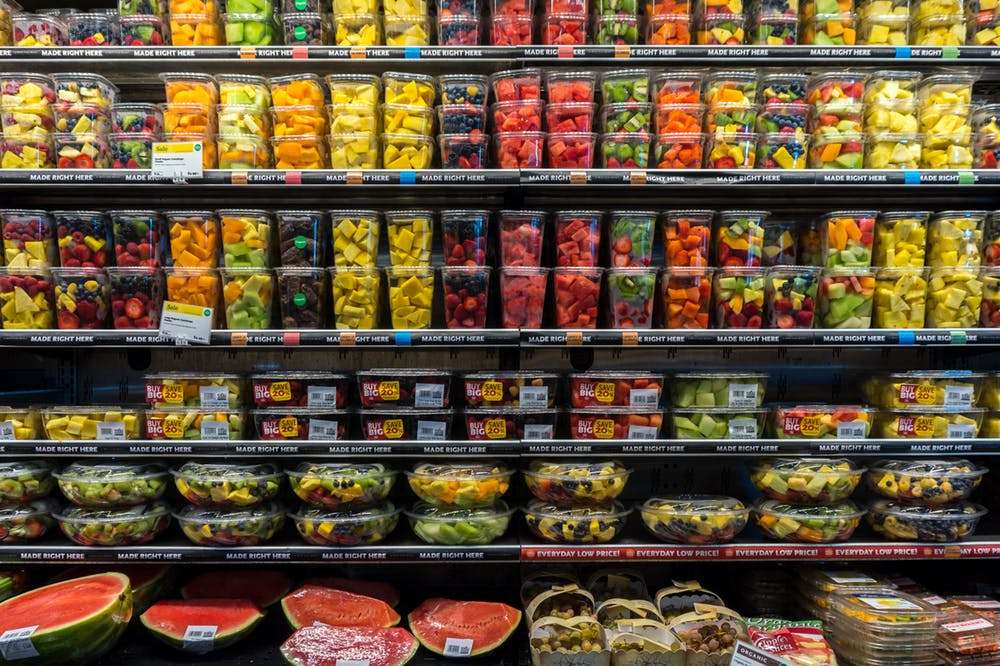 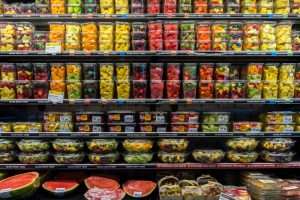 Plastic Food Packaging: A recent study has thrown light on what has by now become pretty obvious – the disastrous failure of plastic packaging in cutting down the food wastage rate. If anything, it has helped boost up that rate!

Plastic was sneaked into the packaging industry as a revolutionary and cheap new way to preserve food and in turn, reduce its wastage. Alas, like most scams mankind has pulled off in the past, plastic food packaging too was just all talk and no show.

On the contrary, the study published by Friends Of The Earth Europe, and Zero Waste Europe shows how the amount of plastic food packaging used, has quite conveniently, merely increased, along with the rise in food wastage. From 1950 to the present day, the yearly per capita plastic food packaging has bounced up from 30 kg to 173 kg.

As the food wastage rate climbs up, so does the plastic needed to package it. Europe currently uses around 49 million tonnes of plastic every year. Out of this, over 40% of the plastic goes into packaging.

Although there had been a lot of suspicion around plastic food packaging, this latest breakthrough research turned out to be the real eyeopener.

Here are some key factors to enlighten you of the dubious nature of plastic food packaging:

In Europe, every year, per person, over 30kg plastic food packaging material is thrown away. According to the study conducted, from 2004 to 2014, the annual food wastage from households in the EU was estimated to be about 30 million tonnes, almost twice from previous figures. And as the food wastage increased, so did the plastic food packaging used for it. During this period, over 15 million tonnes of plastic packaging was labelled as ‘trash’.

Maybe a few new countries joining the EU, lately, did add to the numbers a bit. However, the most reliable data available clearly points to food packaging as the primary source for about 40% of plastic packaging waste.

There is also substantial proof regarding leakage of toxic chemicals into food items, from the single-use plastic used for packaging. Not to mention, the devastating harm caused to the environment, and in turn to us, through the pollution caused by plastic that later ends up in landfills or the ocean. Don’t think it’s a big deal? Read this An era of plastic overkill, and you’ll get a better idea, why plastic packaging is a terrible choice not just for waste management but also the environment and your personal health. 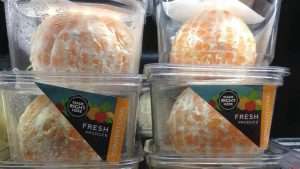 Friends of the Earth Europe’s, resource justice campaigner, Meadhbh Bolger, was very vocal about the fact that packing, wrapping and encasing food items in plastic does not curb its wastage. In fact, in some cases, Bolger pointed out, the plastic packaging is the very thing that enables and encourages food wastage.

Thinking we are promoting some good environmental practice of cutting down food wastage, plastic packaging misled us into adding to the soil, water and air pollution. Whereas, in fact, there has been an ever-increasing public demand for tackling the plastic pollution scenario by strictly restricting single-use plastic and cutting down on plastic packaging for food items. Alas, if only the EU decision makers would listen to what the people really want!

The adverse effect, plastic has on the environment, is often understated during policy-making time – the study highlighted.  ‘Life cycle assessment (LCA)’, which is the methodology presently employed by the commission to control the plastic pollution situation, also gives a free pass to plastic.

Although, in theory, ‘LCA’ is supposed to be the most extensive framework, for the assessment and analysis of the impact by goods and services on the environment, in reality, it gives leeway to the actual drivers of food wastage, while exaggerating the advantages of plastic food packaging. For example, by considering the primary environmental impact to be carbon emission, and then presuming all the discarded plastic gets recycled or incinerated.

The ground reality, however, paints a different picture of extremely low recycling rate. There is also more than enough evidence pointing out how most of the discarded plastic ends up polluting the environment, either by entering the ocean or resting forever on landfills. The LCA also fails to take into consideration reusable alternatives and package-free options for certain food items.

These new findings as a result of the study come as preparations are underway for legislation by the European Commission to address the rising plastic pollution scenario.  Since the bill is expected to include laws that put severe restrictions on the usage and distribution of single-use plastic, it is of the utmost importance to put a lot of pressure on the commission to acknowledge and act against plastic packaging. One way to do this is to cut the consumer base of products using plastic packaging.  This will force the businesses that drive the plastic packaging industry and in turn the politicians to rethink packaging that does not harm the environment. But for this fight against plastic packaging to be successful, we need the numbers to back it. Help spread the awareness among your peers by sharing articles such as this. If you would like to learn more out sustainable packaging, here’s a link to an article we posted a while back: https://ibanplastic.com/sustainable-packaging/ or you could also start a discussion online by commenting below.