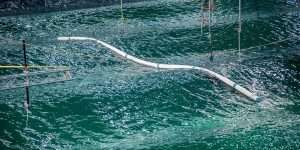 The Rise of a Giant Ocean Clean Up Machine!

With all the fuss about plastics polluting every micro inch of the world, it’s about time to face it from a macro perspective. Ever heard about that Great Pacific Garbage Patch? Well, a young college drop-out offered a quick fix to clean it all up.

Discovered by an oceanographer called Charles Moore way back in 1997, the Great Pacific Garbage Patch (GPGP) is the largest island of floating wastes in the world. Located between Hawaii and California, this gigantic patch of rubbish is the top of its class of five world’s biggest garbage patches. Covering an estimated area of 1.6 million square kilometres, or thrice the size of France, GPGP alone will take us 79,000 years to clean up using today’s conventional method of nets and vessels.  The five colossal patches continue to accumulate more of our trash because of its circling ocean currents called gyres. A scientific estimate of 7.25 million tons of plastics are on top of these gyres by 2020. That’s like the weight of a thousand Eiffel Towers!  With these facts, a young Dutch teenage inventor comes forth with an offer to save the day.

“Once there was a Stone Age, a Bronze Age, and now we are in the middle of the Plastic Age. Because every year, we produce about 300 million tons of plastic, and a fraction of that enters the rivers, waterways, and eventually the oceans” – this was Slat’s introductory statement for his viral video in 2013.

Labelled as a “boy genius”, Boyan Slat is holding a promise that he’ll be clearing half of the GPGP patch for the next five years using his technology. But first, let’s have a quick backstory, shall we?

Slat loved diving at a very young age. In one of his dives in Greece, he noticed that there are more plastics than fish underwater. Thanks to a school project, Slat, together with his partners, had an opportunity to take the first steps for a revolutionary breakthrough. They devised an instrument of 10-Storey Mantra Trawl to collect waste samples. The goal is to know how deep plastics are underwater. Unfortunately, the device broke. But that’s just the beginning. After several consultations with the field experts, he continues to develop the idea. By 2012, at the age of 18, he was already presenting his study about a waste-filtering system of floating barriers at the TEDx Talk in Delft.  Months later, he dropped out from the Technical University of Delft after six months of Aerospace Engineering studies to start his own company. And this is the point where things escalated quickly.

He started by this simple realization:

“Why don’t we clean up the oceans? Why, instead of educating and talking about respect for the environment, don’t we concretely commit ourselves to repairing the damage we have caused?” 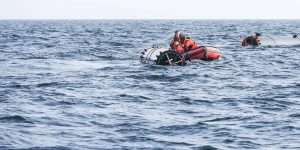 With his outrageous goal to wipe out all the plastics ravaging the oceans, he founded a company he called “Ocean Clean Up”. Like any other great attempts to make the impossible possible, especially from a very young mind, Slat received a lot of adversaries, mostly are respected scientists, during the infancy stage of the company. But unlike most of the prodigies of his time, our boy, Slat, is determined beyond spoken words. Just like as Salvador Dali quoted, “Intelligence without ambition is a bird without wings,” Slat is indeed a very ambitious man. Despite the public being sceptical at first, he began harnessing support from the right people with the right resources. From a starting capital of €30 or $35, the company of 65 people raised over $2.2 million dollars for its first 100 days from a crowdfunding campaign. By the same year of 2014, Slat is the youngest person to ever receive the “United Nations Champions of the Earth” award.

Before this year of 2018 ends, our prodigy is all fired up to launch its giant cleanup machine with a full-blown operating system. According to Independent, here’s how the system works:

“The Ocean clean up contraption consists of 40ft pipes – ironically made of plastic – that will be fitted together to form a long, snaking tube.”… “Filled with air, they will float on the ocean’s surface in an arc, and have nylon screens hanging down below forming a giant floating dustpan to catch the plastic rubbish that gathers together when moved by the currents.”

With an outrageous goal to attain a plastic-free ocean by 2050, our plastic hunter plans to sell all the plastics to be collected to recycling industries. He wants to kick-start a series of recycled merchandise, just like how Adidas sold a million pairs of shoes from recycled ocean plastics.

Throughout the human history, Slat’s machine might be the most ambitious attempt to cure the ocean’s plastic pollution. But now that the giant cleanup machine is nearly completed, Boyan Slat, now 24 years old, is about to silence his own critics.