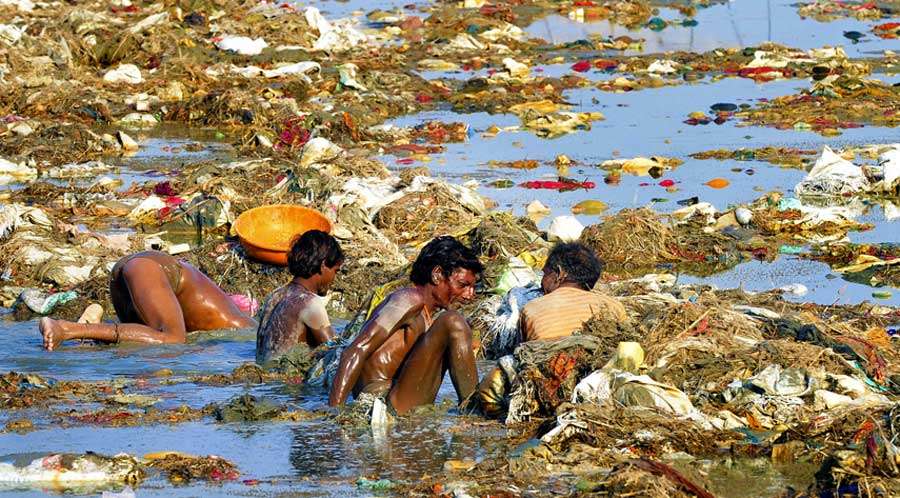 The Most Polluted River In India

“A Sacrilegious State Of Affair” 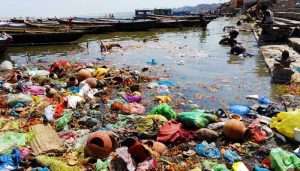 The Most Polluted River In India – India, known for its spiritual and holy places and rich in religious traditions, have long revered the mighty rivers that flow through its land. Ironically though, the condition of some of its rivers tell a tale of abuse and utter lack of regard. Literally, all of the rivers flowing through India is significantly polluted, causing harm to humans and to the rest of nature. In this land of the Gods and mystic, can you guess which has managed to become the most polluted river in India? Here’s a hint: it’s popularly referred to as the ‘mother’. None other than the holiest river of them all, The river Ganga!

With nearly 80% of all surface water being polluted in India, it comes as no surprise that it’s important rivers, and not just the Ganga, is in such a condition, it poses a severe threat to the health of humans and animals, including all the marine life. In this article, we throw light on the causes, its consequences and any possible solution to heal the most polluted river in India.

A rapid rise in population, industrial development and the many human activities such as bathing, washing, religious practices and rituals etc. have all had a hand to play in turning Ganga into the most polluted river in India. The river is also ranked 8th in the Top 10 Most Polluted Rivers In The World. Keep reading to know what is responsible for bringing the river Ganga to this state.

Top 3 Causes Behind The Most Polluted River In India 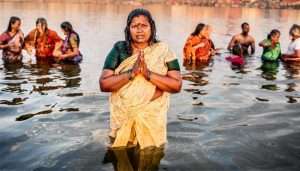 #1 Cause Of Pollution In The Ganga: Unchecked Industrial Activity

With the rise in population, the race for development also sped up resulting in many industrial cities cropping near the Ganga. Busy cities such as Varanasi, Allahabad, Patna etc. gave birth to numerous textile mills, tanneries, distilleries, chemical plants, hospitals etc. near the banks of this holy river. Although these industries were good for the economy, it turned out to be a disaster for the environment.

Poor implementation of Environmental regulations resulted in the unchecked dumping of vast amounts of industrial waste into the Ganges. Just a single coal power plant based near the river in Kanpur was found to be burning over 600,000 tons of coal every year. This would result in over 210,000 tons of ash being generated, which eventually gets dumped into the Ganges. These ashes contain highly toxic chemicals that pose a serious health risk to nearby humans and animals. Even the agriculture industry, in a bid to meet the demands of a huge population, increase production which leads to more chemical pesticides and fertilisers being used for farming. Eventually, these harmful chemicals too, find their way into the river.

We tend to forget that, although industrial development is good for progress, it also results in a lot of industrial waste, which can be highly toxic and harmful to the entire ecosystem. That is precisely what happened in the case of Ganga, thousands of tons of industrial waste being dumped into the holiest river of them all has turned it into the most polluted river in India. And this is not the first time the world is witnessing such turn of events. The Most Polluted River In The World is a stark example of the disastrous effect of such unchecked industrialisation.

#2 Cause Of Pollution In Ganga: Religious Practices & Rituals

The Ganga river has a huge mythological significance in India and is highly revered, often being referred to as Ganga ‘Ma’ or Mother Ganga. India, known for its religious traditions and practices, invariably has numerous rituals practised near the banks of the Holy Ganga. Millions of people Bathe in the Ganga every day. This number quadruples during sacred festivals. Of course during such times, the large number of people visiting the river often camp near its banks, leaving behind heaps of trash including plastic items that eventually end up in the river. As per religious beliefs, cremating the dead on the banks of river Ganga helps to wash away the past sins, and gives salvation to the deceased. As you can imagine, thousands of bodies get burnt on the river banks every year, with the ashes, and sometimes even half-burnt bodies getting dumped into the river. Utter carelessness has led to sacred festivals and activities playing a significant role in turning the holy Ganga into the most polluted river in India!

#3 Cause Of Pollution In Ganga: Routine Human Activities

The mighty Ganga, which flows through 11 states of India, caters to almost 40% of its population, which is over 500 million people! With the river flowing through 30 cities, each with a population close to 100,000, an approximated 3 billion litres of untreated sewage water gets dumped into the river on a daily basis. Such a heavy load of the pollutant will, as expected, harm the entire ecosystem while also poisoning the food and water source of all beings that depend on the river.

“There is a heavy price to pay though when you pollute water, the source of life! And when left unchecked it often reaches fatal levels.”

Consequences Of The Most Polluted River In India. 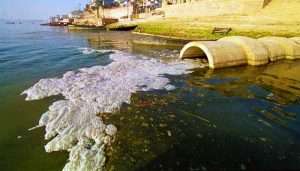 #1 Victim Of The Most Polluted River In India?

Birds, Animals and Marine life. As a result of the Causes mentioned above, vast amounts of toxic and inorganic chemicals make their way into the Ganges regularly. Studies have found high levels of mercury in the water, as well as in the fish muscles. Such toxic chemicals along with other pollutants such as plastic, metal etc. pose a severe threat to all the animals, birds and marine life that depend on it. Even the rare Ganga river Dolphin, one of the few freshwater dolphin species, has been endangered due to the various human activities, making their numbers fall down to below 2000! One of the causes of the dropping dolphin population, other than the pollution, of course, are the many hydroelectric dams that hinder the movement of the dolphins.

#2 Victim Of The Most Polluted River In India?

Us, Human Beings. The Ganges, which provides water to over 500 million people, being the most polluted river in India, also poses a severe threat to human health. With millions of people depending on it daily, the river is used regularly for routine activities such as bathing, washing clothes and utensils, bathing animals, cooking food and of course, for drinking. However, being heavily polluted, the river water contains many harmful microbes and high levels of toxic chemicals. As a result, there is a direct correlation between the river usage for performing daily routines, and the amount of water-borne diseases such as cholera, dysentery etc. A National Cancer Registry Program(NRCP) study shows that the chances of cancer are much higher, among those living on the banks of the Ganges.

Hope For The Most Polluted River In India? 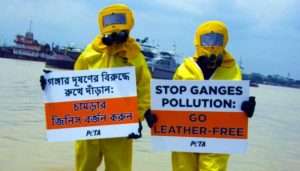 The Holy river Ganga is an excellent example of how even the most divine entities can be severely corrupted when left unchecked in the hands of man. The state of the river is such that the pollution levels in the water are way above any acceptable or ‘safe’ levels, making it unfit for drinking and even bathing, let alone washing away your sins. In fact, the chances of a healthy person getting cursed with a deadly disease after taking a dip in this holy river are much higher!

However, the sad state of affairs of the Ganges did catch the eye of many aware and concerned citizens and organisations that have been striving hard to ensure regulations are imposed, organise cleanliness drives and spread awareness among the masses through proper education. In a bid to subdue public demands, different governments have undertaken the task of cleaning up the Ganges, albeit with very poor results. The latest government too had made over the top statements of making the Ganga clean again its primary goal. An INR 20,000 crore project – ‘Namami Gange’, the largest ever,  for cleaning up the river was launched by the Prime Minister in 2015, along with setting with setting an ambitious deadline of 2019. The deadline has, as expected, been postponed to 2020!


With that said, however, one should not lose hope when it comes to protecting our natural resources. Although it might seem like one country’s problem, it is not! Pollution around the world has reached catastrophic levels. Be it Land Pollution, Water Pollution or air pollution, our callous attitude towards nature has damaged them all. The Top 10 Most Polluted Rivers In The World, is an excellent example of how important rivers around the world are in the same boat as the holy river Ganga. But as we said, there is still hope. The digital age has seen numerous uprisings by the common man that took many governments by surprise. The 5 Cleanest Rivers In The World were also considered some of the dirtiest.

If the issue of river pollution has you concerned, then take action. Help educate and spread awareness among others by sharing eye-opening articles such as these, voice your dissent or start a petition such as the one on ibanplastic.com to force the government to take action. It is also essential to keep the conversation alive in the community. So, if you have any experience or knowledge about tackling river pollution crisis, do not hesitate to comment below!