Top 10 Most Dirtiest Cities In The World 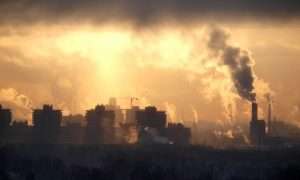 Four billion – that’s the closest count for the number of people populating the cities around the world. It’s no longer a shocking thing that half of our species is dwelling in industrialised urban areas where most of our population density is concentrated. And do you know what comes after when people of this number live together? That’s right. Every progress in human industrialisation can mean a step backwards for ecological conservation. Once we overpopulate an area, it seems that pollution can always tag along. Taking into account important factors like levels of pollution, breathable air qualities, sanitation systems, and garbage disposal practices, we came up with a countdown for the top 10 dirtiest cities in the world. 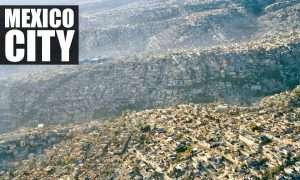 With over 26 million people, the city’s cleanliness has always been at the brink of nonexistence for the last decades. Surrounded by mountains and volcanoes, the city’s natural “bowl-like” landscape leads to poor quality of air circulation. To make things even worse, Mexico City is severely suffering from smog because of excessive industrial emissions. Not to mention its dangerous reputation for reoccurring natural disasters, high crime rate, and corrupt government officials. 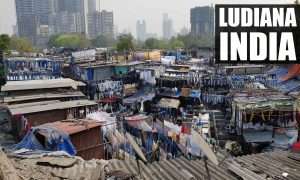 The city of Ludhiana is one of the largest centre points of industrialisation across the country. Harbouring an astounding 3.5 million inhabitants, Ludhiana, often referred to as the “Manchester of India”, is a haven for manufacturing businesses for industrial products. This is also the very reason why the city is choking with the reputation of having the worst air pollution in the entirety of India, and making it here to our list of dirtiest cities in the world. 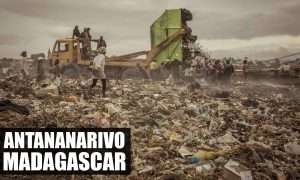 With the global fame of Madagascar being a go-to destination among tourists, who would have thought that its capital – Antananarivo – will make it here to our countdown of dirtiest cities in the world? That’s right. Believe it or not, the city is suffering from high levels of air and water pollution. This is mainly due to it’s little to zero waste management system and escalating industrialisation. With over two million inhabitants, the city can hardly cope with the overwhelming increase in its population. 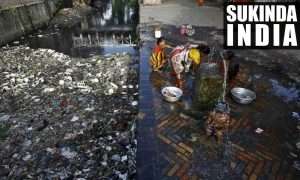 Another red flag from India, here comes another one of the dirtiest cities in the world – Sukinda. As a mining capital for chromium ore and chromite, the city’s waterways have been heavily contaminated, affecting over 50% of the city’s drinking water. As a matter of fact, one of its major rivers, Brahmani, was discovered to contain dangerously high levels of hexavalent chromium which can cause cancer and other related diseases. Given the fact that it’s overpopulated with 2.5 million people, how can things get even worst? 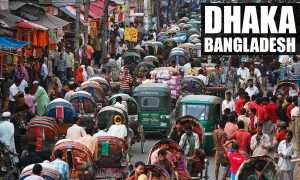 Dhaka is not only known as one of the biggest and densest cities in the world, but also the dirtiest. With over 12 million people, only half of it has access to sewer and septic system. Annually producing over 10 million tons of solid wastes, this city is definitely lacking with proper waste management. With poor sanitation, overpopulation, and booming industrialisation, Dhaka is undoubtedly one of the dirtiest cities in the world. 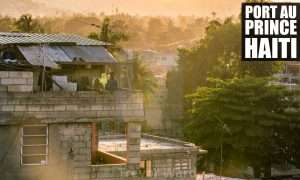 With only a million inhabitants, this city, unlike any others in this list of dirtiest cities in the world, is not all about overpopulation and industrialisation. Port Au Prince was once a popular tourist destination and a highly recommended stopover for lavish cruise ships. Its tourism industry was doing great, not until 2010, when an earthquake left the city to crumbles. Along with a number of hurricane attacks, the capital of Haiti was indeed hit where it really hurts the most. Most of its infrastructures were destroyed, and the slums are screaming with poverty and unemployment. A lot of the residents are still surviving with inadequate housing facilities and suffers from poor sanitation and health care access. 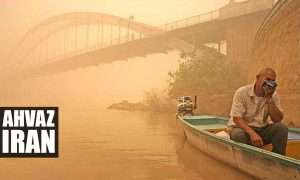 According to the World Health Organization (WHO) way back in 2011, Ahvaz has the highest level of air pollution in the world! This is the reason why Ahvaz made it to our big four of the dirtiest cities in the world. The city’s overwhelming population of about 3 million people is Iran’s centre of the oil industry. Illegal oil-mining operations are widespread in the city with almost no proper sewage system. 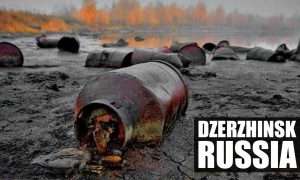 With only 300,000 residents, who would have thought this city would be on our top 3 of the dirtiest cities in the world? Well, the city of Dzerzhinsk has a deep history with the chemical industry by being the major producer of Soviet’s weaponry arsenal throughout the 20th century. The aftermath of war has left the city with dangerous levels of dumped toxic chemicals that are proved to be highly fatal. This extremely high pollution rate in the city is believed to be the reason behind the low life expectancy of its locals. 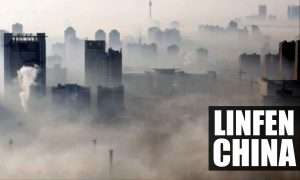 Linfen was declared the most polluted city in the world last 2007 due to its severe coal-mining abuse. The air in Linfen is extremely polluted to the point that when you hang a cloth to dry, it will turn black. The city, China’s centre of the coal industry, is home to about 4 million people. Most of the population suffers from respiratory diseases like lung cancer, pneumonia, bronchitis, and lead poisoning. 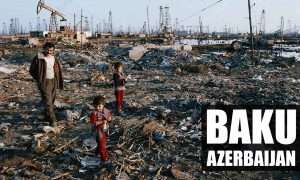 Bringing forth the number 1 in our countdown of dirtiest cities in the world, the capital city of Azerbaijan, Baku, is also known as the “Black City”. According to Mercer Health and Sanitation Index, Baku got a star for having the worst rating. Baku has the richest oil fields in the world. And now we question, is that a blessing, or a curse? Naturally, all natural resources were made to be a blessing. But then human greed happened and turned things into a curse. The city of Baku is now bursting with drills and refineries, along with 2 million inhabitants. Its air was contaminated with smoke and dust, and its waters became dumping sites of petrochemical by-products.

Overpopulation, extreme pollution, poorest sanitation, lack of proper waste management, and industrialisation being out of control – these are the basic common denominators for the dirtiest cities in the world. Too many people, yet too little discipline. How about you? Are you idly living among these dirtiest cities? You know the drill my little fighter. Get up and make a difference. It’s not all doom and gloom though, there are some countries that are leading the way with the Cleanest Cities In The World.