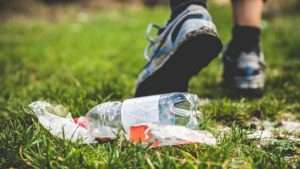 15 Littering Facts That Everyone Should Know

In a world that offers every form of convenience, our lack of discipline will be our downfall. There is no better evidence of this statement than our tolerance to littering. This article will make you think twice before throwing that bottled water anywhere but the trash can. Fact is littering affects you more than you already know.

We can all agree that pollution is one of the negative by-products of our society’s modern lifestyle. While there are different kinds of pollution on land, water, and air, most of them come from the simple act of littering.

According to countless studies, littering has devastating effects on the natural habitats of animals, particularly marine life. The International Union for Conservation of Nature (IUCN) says more than 267 species of marine animals are affected by plastic pollution that ends up in the sea.

Sadly, more than a million birds and 100,000 marine mammals die from ingesting or being strangled by plastic.

Littering also has adverse effects on humans and in our local community. Non-biodegradable waste such as styrofoam and plastics also worsens the effect of calamities, particularly floods, especially in cities and large urban areas. Small pieces of trash can easily clog up drainage systems.

Despite these horrible consequences, people still can’t help but litter, especially when they can’t find a proper trash can. Perhaps, people simply don’t know enough facts about the consequences of littering to our planet and ourselves.

For this reason, we have compiled this list of mind-blowing facts that we hope will leave a deep impression on our readers and make them more responsible for their trash.

1. ASEAN Countries are Among the Worst Polluters

Southeast Asian countries Philippines, Thailand, Malaysia, and Vietnam along with China, are considered as among the top marine waste polluters in the world, according to a report of Ocean Conservancy in 2017.

The marine waste from these countries makes up more than half of the 8 million tons of marine plastic pollution in the world. The most visible evidence of this problem are the countless plastic bottles and other waste that ends up in the region’s most pristine beaches. The countries mentioned also have some of the most polluted rivers in the world.

2. Cigarette Butts and Single-Use Plastics are Most Common Litter

Surprisingly, another item that people try to throw away recklessly is cigarette butts. Smokers often flick them away on the streets once they are done with it. However, much like plastics, these small cigarette filters can clog the street and worsen the flood. Moreover, they also contain harmful chemicals that can endanger marine and terrestrial life.

3. Tons of Fast Food Litter Ends Up in the Ocean

We all have our go-to fast food chains when we want to grab a bite on the go. However, both fast-food companies and consumers seem to have forgotten how to clean up their mess after. Items from fast food restaurants such as plastic bags, straws, cups, spoons, forks, and paper plates are some of the most commonly found litter, especially in the city.

About half of the Great Pacific Garbage Patch, a cluster of trash the size of Texas floating between San Francisco and Hawaii is composed of fast food litter, according to the Clean Water Action.

4. The world Spends $11.5 Billion a Year Just to Clean Up Litter

Cleaning up litter is costly, not to mention labour-intensive. The world spends a lot of unnecessary amount of money just to remove litter from public places. These funds could have gone to something more productive if only we know how to take care of our garbage.

To give you a perspective on how much money that is here is one great picture. With 11.5 billion dollars a year, you can solve almost 40-per cent of the world’s food problem. Or you can install 5kW solar panels (which individually cost around $35,000) into roughly 300,000 homes. You can also use that to end polio worldwide ten times over.

If you think about it, plastic as a material is great. It’s sturdy and can withstand a huge amount of weight. It’s also waterproof and very light, which is very convenient for a wide variety of uses. However, the main problem with plastic is that it takes several centuries before it decomposes. Some plastic bags even take almost a millennia to disintegrate completely.

Within that time frame, it can do a lot of harm to the environment and its inhabitants. It can cause water pollution and even threaten our precious water resources. On the bright side, this unique characteristic of plastic also makes it recyclable and can be repurposed for a long time when handled correctly.

6. Upcycling is the New Recycling

Decades ago, we believed that recycling is the best way to deal with litter. However, several studies have pointed out that recycling doesn’t solve the problem entirely. There are numerous reasons why this is so from just the absurd amount of trash we have to recycle to the reality that very few people do it because they don’t seem to get any incentive.

Enter upcycling, which is a newer approach to deal with litter. Upcycling involves repurposing trash or garbage to be used in more beneficial ways. For example, eco-bricks, which are several plastic wrappers stuck inside a plastic bottle, is now used as a construction material to replace hollow blocks.

7. In Japan, there is a Town that Doesn’t have trash

You read it right, there is a town in Japan that has gone nearly zero-waste, and they continue to do so today. Kamikatsu, a small village in the southwestern part of the country, sorts 34 categories of trash from paper, aluminium, steel cans, cardboard papers and a lot more. That goes beyond the usual biodegradable, non-biodegradable and recyclable bins of many modern cities.

A huge part of the success of their garbage disposal policy is the cooperation of the residents who started doing it as routine in 2003. Today, more than 80-percent of their garbage are composted, recycled and reused to ensure it won’t do any harm to the environment. As a result, the town saves roughly a third of the cost that it takes to incinerate all the trash as they did before.

8. France is the First Country to Totally Ban Single-Use Plastics

In 2016, France made a historic announcement declaring they will get rid of plastic for good. The country plans to remove plastic plates, cups and other types of cutlery by 2020. Since then several countries followed suit and pledged that they would integrate banning single-use plastics into their national policy.

Among the countries that are on the same boat are Kenya, Vanuatu, the United Kingdom, Taiwan, Zimbabwe, Australia, Canada, Morocco, and Rwanda. A lot of these countries spend a huge sum of money just to remedy the huge impact of pollution and littering on their areas.

9. Littering is an “Intentional” Act

The sad fact about littering is that people “intentionally” do it, at least according to a 2009 study by Keep America Beautiful. While the study revealed that nearly one of five people were found to litter in public places, those who do have every intention to do so.

Moreover, these people seem to have the idea that “someone else will clean or pick up the trash” and that it is not their primary responsibility but that of a street sweeper or someone in the sanitary department. It’s high time we change people’s behaviour about littering and keep everyone is responsible enough for our waste.

As humans, we seem to support behaviours that are believed to be the norm even if we know internally that they are wrong. For example, if people see a heap of trash on the street, it increases the likelihood that other people will also throw trash on that spot. In short, littering begets littering.

The same study by Keep America Beautiful also found out that of all those who litter 52-per cent are motorists, and 23-per cent is pedestrians. People who are on the move then are the biggest polluters at least on public places. Again, this stems from a behavioural standpoint that relieves the person of any responsibility for their garbage.

12. The Youth Sector is the Largest Group Who Litters

Another thing that isn’t going in the way of our environment is that young people aged 18 to 34 years old are the biggest group who litters. This demographic group is composed of students and young professionals who have been brought up to a world where everything is just “too convenient.”

Studies also suggest that men are more likely to litter than women, but the gap is not that much. While there are numerous laws against littering in almost every country, its implementation is not taken seriously by many local authorities. Even raising fines or penalizing with hours of community service doesn’t seem to deter this behaviour. At the end of the day, culture and perception about littering remain at the centre of this debacle.

13. Animals Dying from Litter is Not Fake News

You may have read somewhere in your social media newsfeed that animals, especially birds and marine life, dies from litter. Scraps and litters being found on the bellies of whales are real events that happened in many coastal areas around the world. A lot of marine life dies from entanglement, suffocation, and ingestion of plastic and other kinds of trash.

While there are only a few studies that can estimate the total damage littering does to the environment, the crisis worsens every year. It is estimated that there are more than 5.25 trillion pieces of plastic in the ocean. This number can only grow as 9 billion tons of trash makes its way into the sea each year.

If we continue at the pace, we are polluting our seas. It is estimated that by 2050, plastics will outnumber fishes on our seas. This is what Ellen McArthur Foundation’s report revealed during the World Economic Forum in 2016.

The report also revealed some jaw-dropping facts. Plastic production is expected to quadruple by 2050. Today, the world produces more than 300 tons of plastic each year. Of that number, only 5-per cent are recycled effectively, about 40-per cent ends up in landfills, about 33-per cent ends up in the ocean, and 22-per cent remains on land.

15. We Can End Littering and Pollution

The good news is that we have an ample amount of time to intervene with littering and pollution. There are numerous ways that in our simple ways, we can reduce the amount of garbage. For example, when shopping for groceries, you can use eco-bags instead of the plastic bags supplied by the shopping market.

Another way you can help is carrying with you a personal water bottle or container instead of constantly buying bottled water from the convenience store. Proper waste segregation, recycling, and shooting that trash in the right garbage bin are also the time-proven strategy to help out on this cause. The bottom line is littering, and pollution begins and ends with us, and it only takes discipline to end the cycle.

Littering is not only a problem but a crisis that can have adverse effects not only to our immediate surroundings but even to those living on the other side of the globe. It is everyone’s responsibility to properly dispose of their rubbish and limit the number of plastic products they use.

Humans are regarded as the keepers of the planet Earth and were given the highest intelligence among all creation. It’s high time we act that part and start becoming the solution and not the main problem of pollution.