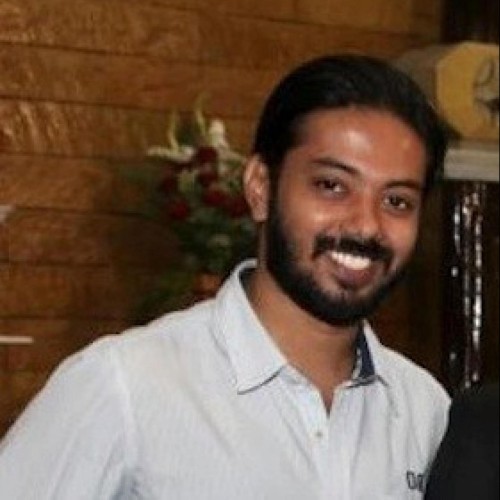 We’ve come quite a way from debating whether global warming and climate change are simply myths. The rising number of floods and other natural disasters all across the globe has put an end to that argument. However, the rising sea levels and the melting polar ice caps are genuine. The Internet is full of evidence, mainly from very reliable sources. And talking about the Internet today, we’ll be pointing our attention to Eco Web Hosting and how it can help offset the damage caused by the rising internet sector.

The other reality is that humankind has played a significant role in aggravating the situation through its mindless, greedy and irresponsible industrial and other developmental activities. In the name of progress, we have caused a huge setback to our future as no other natural entity has ever single-handedly managed.

The silver lining to this big dark, polluted cloud hovering over the future of our planet is the wave of awareness that individuals worldwide have woken up to! People have begun educating themselves on the various facts about their Environmental Footprint and understand the importance of adopting eco-friendly practices.

One of the biggest technological gamechanger of our times has been the Internet. And so it shouldn’t come as a surprise when we say that those in the businesses of running hosting servers and data centres, which makes the Internet possible, have been responsible for severely impacting the environment. Continue reading to see how the Boon that the Internet was for the world is fast turning into a Bane for the environment.

So what are hosting servers and data centres?

Since the Internet is an intangible entity, it can be challenging for many to understand how it can harm the environment. For example, when browsing the Internet, you typically browse through some websites. A website is just a collection of HTML pages containing content, images, videos etc. All these files are stored or hosted on a computer (Server) which serves up the relevant files based on the page you are on. Data centres are spaces, buildings or complexes that house multiple servers.

How Do Non-Eco Web Hosting Servers Impact The Environment?

All these hosting servers that power all our websites are pretty heavy-duty systems. And the data centres are built to ensure those servers remain on all the time. Data centres make use of fossil fuel, which of course, is a depleting natural resource. A single data centre can cause carbon emissions to 150 thousand pounds in one year!

The Scary Reality Of Data Centers

Practically everything is on the Internet now. The millions of data centres cropped up to support all the different websites enable such wide-scale reach. Over 3 million data centres in America are responsible for about 2% of their total electricity usage. To put it in better perspective, that is about equal to how much 5 nuclear power plants would use.

Back in 2012, when just half the world’s population was online till today, the total number of data centres worldwide has gone up from 500,000 to over 8 million! Lately, there has also been an increase in the number of Hyperscale data centres. The biggest of these is as big as a few football fields put together and has doubled the electricity usage with thousands of servers kept online all the time, bringing it close to 100 terawatt hours of energy use in one year.

Pollution Caused For The Sake Of Data Protection

As you might have guessed from all the energy usage facts by hosting servers and data centres mentioned above, this business deals with very high voltage to keep running. So then, it makes sense for these businesses to take extra measures to prevent fire and ensure overheating doesn’t happen to protect the data on these systems.

To keep the heat generated under control, data centres use coolants. These are necessary for the liquid cooling of the systems and the air-conditioning of the data centres. The trouble is the coolants contain chemicals like Freon and Chlorofluorocarbons that are highly toxic. They also trap heat in the atmosphere, contributing further to global warming.

The data centres must also account for power fluctuations and utilise batteries as power backup. Of course, powering such massive data centres is no joke, and as you’d expect, the batteries are enormous. The trouble again is the chemicals used in these batteries are lead-acid. During production and when disposed of, Lead acid harms the environment! Producing lead acid requires extensive mining, whereas disposing of it has been known to release chemicals that deplete the ozone layer and contaminate groundwater.

As you know by now, the data centres worldwide that power the Internet consists of thousands of computer servers. Since they are kept on and connected all the time, these servers suffer a lot of wear and tear. To keep up with performance and competitors, this equipment typically needs to be replaced every 5 years or so. And as you know, by reading other articles on ibanplastic.com, most trash, including computer server parts, ends up in landfills. As it slowly decomposes, it contaminates the land and groundwater with poisonous chemicals.

Eco Web Hosting: The solution for the environmental harm caused by hosting servers

Of course, there is. It’s called Eco Web Hosting! As we all know, the Internet is essential to how the world functions. We obviously can’t stop using the Internet, nor can we even reduce its usage! But then, we wouldn’t have to do any of those things if we could find an alternative method to run it that would stop or even reduce the environmental harm it causes.

And guess what? We have already found that alternative. As mentioned at the start, it’s Eco Web Hosting, also known as Green Hosting. And as the name suggests, it is a method of hosting servers using environmentally friendly “green” technologies such as renewable energy, carbon offsetting etc.

Orange Website is a perfect example of a company that provides such eco web hosting. This Islandic company has been providing eco-friendly web hosting servers to companies and individuals worldwide. While the usual hosting servers consume over 1000 KWh of energy and give out over 600 kg of Carbon dioxide annually, OrangeWebsite utilises renewable energy sources such as Geothermal and Hydropower. As a result, it also leaves behind a zero carbon footprint.

Additionally, OrangeWebsite about plants 250 – 1000 trees per month. It also has most employees working from home, reducing the pollution and energy wasted commuting to and from the office. And being based in Iceland, these folks don’t have to spend as much on air-conditioning.

Any business choosing a company that provides an Eco Web Hosting solution for their website is not just an Environmentally Conscious decision. It is also a very wise strategic move. And that’s because, for any business, an excellent public image matters. And the public is now aware of the importance of protecting our environment.

You can see the trend as many businesses have begun shifting to more environmentally friendly ones. And not just the big corporates have started taking this step. Huge gaming communities, like the ones that run the very popular Minecraft Java Servers. For example, Salty Zombies partnered with Eco Web Hosting Solutions providers like Orange Websites.

These folks host some of the biggest ARK PVE and RUST PVE Servers in the world, and that’s just one of the 11 games they host for their community. The primary and most popular game they host is their RUST Servers. RUST can have up to 500 people on it per server, and Salty Zombies has over 12 dedicated servers.

This is no surprise since their RUST Discord has over 30,000 people. But seeing everyone from corporate companies, small businesses and gaming communities make a change proves that Eco Web Hosting is a good choice economically and performance-wise and is environmentally friendly! Seems like the obvious choice for businesses with a longer and clearer vision.

Although all this is good news, it is still not enough till the leading players responsible for the destruction caused to our planet also act accordingly. And by that, we mean the big businesses and industries that have contributed to all sorts of pollution at a much more massive scale.

But people always have the power to change the world. That is why, with the growing awareness amongst individuals, governments worldwide have been joining the bandwagon and promoting environmentally friendly alternatives such as better waste management, banning single-use plastic, using eclectic cars etc. So now it is time to make the big players running data centres and hosting servers go the Eco Web Hosting way.