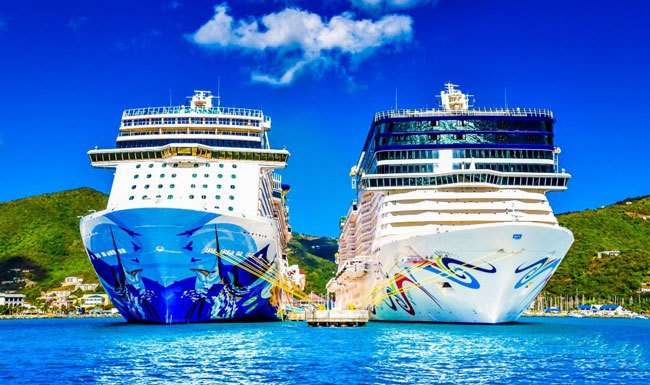 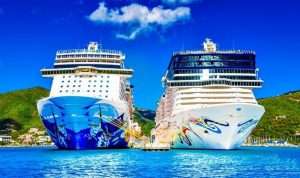 In an age, when it is no longer possible or even acceptable to ignore the extensive scale of pollution and damage caused to the environment by plastic, Norwegian Cruise Line Holdings comes through as a shining example for big businesses to tackle the plastic crisis head on! By banning plastic straw across its entire fleet of 26 ships, the Norwegian company is latest in the line of big businesses responding to a growing public outcry against plastic pollution.

The ban on single-use plastic straws will also be implemented at ‘Harvest Cay’ and ‘Great Stirrup Cay’, the cruise company’s two Island destination in Belize and the Bahamas respectively. The Norwegian Cruise Line, Oceania Cruises, and the Regent Seven Sea Cruises, all of which operate under the parent company Norwegian Cruise Line Holdings, offers packages for over 450 destinations across the world.

With such a varied and massive customer base to cater to, this latest move against plastic is expected to purge Norwegian Cruise Line Holdings of over

The Norwegian cruise company is also a part of Ocean Conservancy’s Trash Free Seas Alliance, a non-profit organisation for environmental advocacy. Ocean Conservancy alliance includes other big names such as PepsiCo, Walmart, Bank of America etc. Since its founding in 2012, Ocean Conservancy has taken pride in its alliance members’ determination to keep in check products and services that cause ecological damage and harm to marine wildlife.

Frank Del Rio, the CEO and president of Norwegian Cruise Line Holdings, in his official statement pointed out about the company’s pre-existing global environment program ‘Sail and Sustain’. Banning single-use plastic straws across its entire fleet and even its island destination, it adds to their environmental programs credibility while also helping to reduce the company’s environmental footprint.

In our last article we had explained why It’s time to stop the straw, and in light of the adverse ecological impact of the plastic straw, such a positive and progressive move by Norwegian Cruise Line Holdings, a business giant, indeed comes as a beacon of hope. In lieu of the rising outrage against plastic pollution, other big businesses too, have begun to take action to curb the leaking of plastic into the environment. In early July, Starbucks announced plans to rid all of its coffee outlets of single-use plastic straws by 2020.  Before that, in June, McDonald’s came up with a plan to eliminate plastic straws from its restaurants in the U.K. and Ireland, by rolling out paper straws across all 1361 of its outlets in the two countries. McDonald’s expect the plan to be fully enforced by 2019.

Slowly but surely, there has been a change in tide, as far as the plastic propagation on the planet is concerned. As more and more awareness is generated among the general populace, the corresponding local corporates too, are being forced to act against the further spreading of plastic trash. If you want the corporate scenario in your country to change and be more pro-environment, then it is your responsibility to learn and spread awareness among your peers regarding the harmful effects of plastic pollution. Sharing articles like these is one such method to unite people into forcing their local businesses to make a move against single-use plastic. Don’t forget to share your thoughts by leaving a comment below and keep the conversation going!