CLEANEST CITY IN THE WORLD 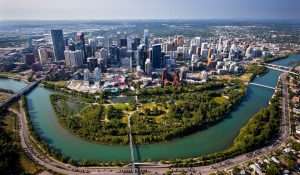 Cleanest City In The World:

Being in the industrial age is no excuse to ruining the environment. The cleanest city in the world, proves, as it matches the cleanliness of its surroundings to the boom in its development.

The benefits, or even the necessity of a clean environment, certainly doesn’t need any lengthy explanations. It is obvious that for the maintaining of good physical health a clean environment is a must. The positive effect, a clean surrounding has on one’s mental health, is also immediately noticeable. Our productivity and general happiness tend to be higher when we can breathe in clean, fresh air and don’t have to experience the sore sight of garbage and litter.

The good thing is that all humans want a clean environment to live in. The problem, however, is that very few people are willing to take the necessary action to, not just keep their own homes clean, but keep the land, air and water around them clean as well. Certainly, then, we can’t expect big corporations and governments to be very caring about the environment. Not unless the demand of the people rises to such a scale, that is no longer ignorable. And with the planet’s health continuously degrading due to increasing levels of pollution, it is no longer a problem, the people can escape from.

Although it is undoubtedly dark times, as far as the harm done to the environment is concerned, there is, luckily, some light shining through. Like a beacon of hope, countries and cities around the world have successfully managed to turn around the environment back to being clean and green. They have accomplished this by committing to spreading awareness among its citizens, and by maintaining strict discipline concerning littering, carbon emissions and reducing the varied kinds of pollutions. For more info on the different types of pollution, you can start here: Types of land pollution.

On that note, it is time for some positivity today. Let’s get inspired by the world’s cleanest city, and learn how they progress and prosper, without causing the environment any harm.

So where is the Cleanest City in the World?

Calgary, The Canadian City That Is As Proud of Its Cleanliness, As Its Industries.

Calgary in Canada has earned the title of being the cleanest city in the world. And it does so by breaking many stereotypes, primarily one where urbanisation is an acceptable justification for the lack of cleanliness. Calgary, is one of the busiest and the fifth largest municipality in Canada, with a growing population of over a million people. Not just that, but surprisingly, Calgary is the industrial hub of the country, built around a booming oil and gas industry. The industrial facilities here account to almost 48% of the annual greenhouse gas emissions in Canada.

Renewable energy powers almost 75% of Calgary, while 100 million litres of water are purified by its central wastewater plant, every day!

Even though Calgary’s Alberta metropolis disposes of, the largest amount of solid waste per capita at over 2000 pounds per person, it is still recognised for its high levels of cleanliness by both Forbes, and Mercer, a consulting firm. This conclusion was reached after checking against parameters such as air and water quality, waste management etc. Understandably, it is no easy task for the government to maintain very high levels of cleanliness.

Calgary, however, has been able to achieve this by maintaining focus on 5 key aspects that affect our environment:

Identifying a problem is one thing, acting to solve it is another. Let’s take a look at how Calgary is able to, successfully address the key aspects mentioned above.

Back in 2007, the city of Calgary introduced the ‘Too Good To Waste’ program. The initial objective of this program was to clear leftover construction materials from all over the city. These extra garbage included asphalt, wood, shingles etc. The program aimed to reduce the amount of waste that ends up in landfills. Through wide-spread awareness campaigns regarding recycling, composting etc., Calgary expects to cut down on almost 80% of the garbage that ends up in landfills by 2020. There is also a Green Calgary website that offers useful information and tips on reducing waste by providing tutorials on how to make compost, materials that can be recycled, how to reduce litter etc.

For any large-scale change or movement to happen, education is always the key. The city of Calgary recognises this and implements wide-scale measures to spread awareness regarding environmental cleanliness and waste management. Environment-related educational materials, products and services are easily accessible and available to the locals of Calgary to help them learn about managing kitchen waste, sorting out recyclable and non-recyclable trash etc. The government conducts drives and workshops on a regular basis to imbibe the idea of environmental cleanliness into the community.

When they refuse to learn, you make them understand, by making them pay. That is the philosophy Calgary has successfully adopted to stop its citizens from littering its streets. And it is by no means a small setback. If despite Calgary’s attempt to spread cleanliness awareness, you toss out some trash on the streets, then you might end up having to shell out more than $1000. Such heavy fines have definitely turned out to be a deterrent to anyone littering the streets. Calgary’s government, however, does not just preach. It lends tremendous support by backing its regulations with excellent trash collection and management systems. It even goes to such length as offering free municipal programs that help with removing graffiti from residential and commercial buildings.

Being an industrial hub and a busy city, Calgary has to be especially watchful of its air pollution levels. Residents are educated on the importance of clean air, and the adverse effect traffic pollution has on the environment. Carpooling and public transport are taught to be preferred whenever possible. Through consistent implementation, over time, Calgary can attribute not just good air quality, but also excellent sewage systems and clean drinking water, to reduced traffic levels.

Dirty and Unsanitary environmental conditions lead to health-based issues. To make and keep a city clean, such circumstances must be addressed. For this, a well-organised waste management system needs to be in place. Other aspects too, come into play that needs to be taken care of, to achieve overall cleanliness. For example, good transportation infrastructure is necessary to prevent air pollution levels from going up.

To keep a busy city clean, however, requires much more than just government legislation and regulations. It needs the complete support of its citizens. A mindset shift, in favour of environmental cleanliness, will ensure consistent effort on the people’s part, even if it might be sometimes inconvenient!

That is precisely what we see, in the case of Calgary. Despite being built around an oil and gas industry, Calgary through various initiatives, measures and complete support of its people, has managed to claim the title of the cleanest city in the world. With such an inspirational example, it is by no means a far-fetched dream to imagine your own city to be one of the cleanest. But of course, don’t just dream. Be more conscious of how you manage trash at home and in your personal life. Educate yourself through articles such as these, and most importantly share this knowledge with the people you know. And just so you don’t think this is a one-off example, we will soon share an article on the top 5 cleanest cities in the world.

As we’ve seen so far, cleanliness is not an impossible dream, but considering the mess we’ve created, it’s definitely hard work. The question is, are you and your city, up for it? Let us know in the comments below and like always, don’t forget to share this post to help spread awareness.

iBan Plastic has just opened up a Patreon Page. If you like what we do and wish to help us continue our work in the fight against Plastic Pollution and Single-use Plastic Please consider donating here: