5 Things You Need to Know about Pharmaceutical Pollution

When drugs reach rivers and lakes, it may result in severe consequences. The very medicine you take, believe or not, maybe drugging our freshwater resources. Do you want to know how? Hold on tight, and read on. Because these are the five things you need to know about pharmaceutical pollution.

The term “Pharmaceutical Pollution” is a form of water pollution wherein drugs from wastewater, like the one you used in the baths and toilet flushing, reach the aquatic ecosystems. The drug contamination is commonly affecting freshwaters like rivers, lakes, and groundwater.

When fishes thrive in drug-intoxicated waters, there are several unpleasant side effects for these poor creatures. Here are some of it:

There are several ways to cause pharmaceutical pollution. These are the most common ways to distribute drugs into freshwater ecosystems: 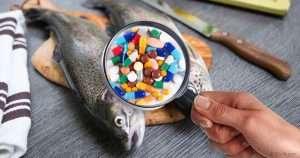 Since these pharmaceutical chemicals can pass through the wastewater treatments, the tap water flowing into your homes also contains traces of these drugs. Some are even claiming that drinking water may contain estrogen, making our men run wild to femininity, just like what happened to the feminised fish. But before you freak out, hear me out first. This rumour is a hoax or a false alarm to be exact. Although the tap waters are positive for drugs, it’s not true that it affects our health on that level. The traces are too low that to ingest an amount equal to a 400-milligram Ibuprofen, we need to drink 200 million litres of tap water, which is equivalent to 40 Olympic-sized swimming pools. It might not be too harmful right now, but when the concentration goes higher, and the pharmaceutical pollution goes more profound, there should be severe consequences, right? If drinking it doesn’t make you feel bad, then how about eating one of those feminised and angry fishes, huh?

Of course, this list will never be complete without a course of action. So, if you want to go against pharmaceutical pollution, here are the things you can do:

If you don’t feel like devastating our aquatic richness, better do your part. This newly-recognised type of pollution is now a growing concern, so there’s no time to ignore it. Pharmaceutical pollution is not a trick, it’s a real thing that’s harming our freshwater wildlife. Experts are expecting a 65% increase in drug concentration in water by 2050, so actions are needed to be done as soon as possible. It’s a real problem folks, creeping silently into the system, and most of us may not know it yet. So, spread the word and join the cause. Say “NO” to drugging our waters.

We hope you like this article, please share it to help it reach more people. We at iBan Plastic believe that awareness and education is key to the success of a cleaner and a less polluted planet.

If you are interested in reducing your consumption of Single Use Plastic, you can visit our Eco Shop and find many Plastic Reducing Products.

You can also support us on our mission by checking out our new Patreon Page, from there you can help us with monthly donations of just $1, and all Patrons will have their name written on our Sponsorship Page.